Tess has been missing since December 27, 2019 in LaGarita. There is a $500 cash reward offered for her return.

Tess is an Aussie that has one light blue eye and a docked tail.

Tess has been missing since December 27th and was possibly seen on December 29th in Del Norte. She lives in LaGarita but got lost near Monte Vista.

Socials:
Terry West
Broadcasting has been my passion for over 25 years. I have recorded extensively for radio, television, video games, audiobooks, podcasts, apps, and documentaries.

My name is Terry West: I know the truth about the One Ring, how to gank a demon, The Doctor’s name, and the Death Star’s one weakness. I am a father, husband, writer, and award-winning broadcaster.

Be the first to comment on "Pet Patrol: Tess The Dog Is Missing, Reward Offered" 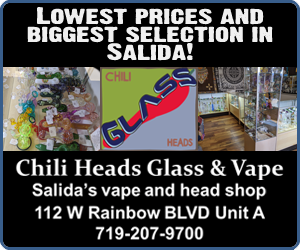 If you see news happening, text us: